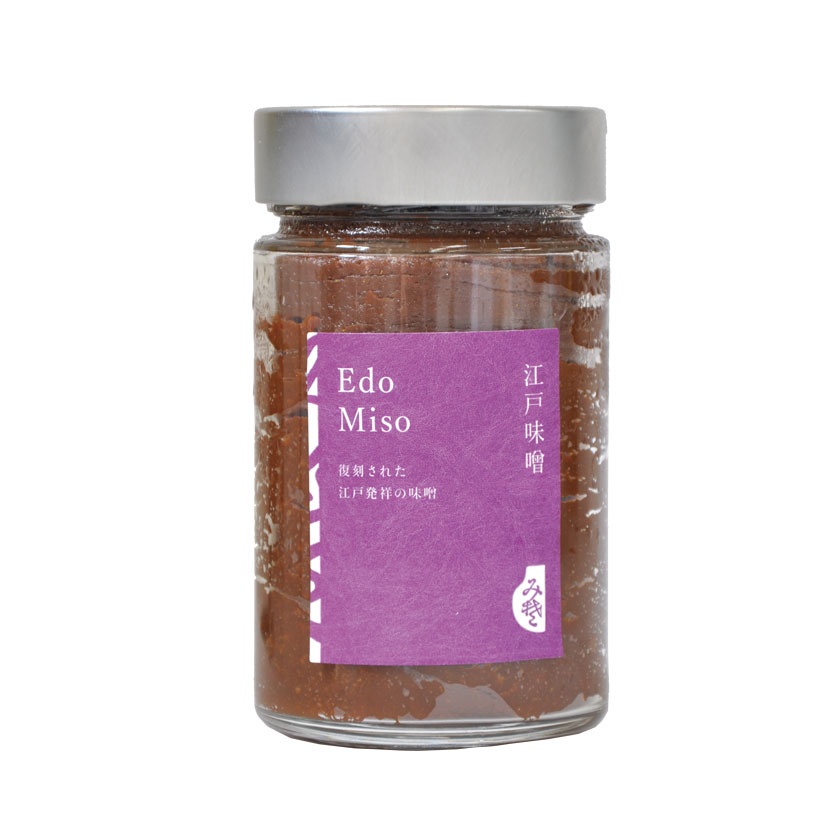 “Miso from Edo”, originates in Edo (current Tokyo), came into existence to suit the palate of Edo people while being influenced by Edo’s urban setting. Prior to the war, Edo Miso was the leading miso in Tokyo, however, due to the generous amount of rice koji (malt) used, double the usual amount, Edo Miso production was banned during the war as it was branded as a luxury item. Edo Miso’s existence has been all but forgotten since then. Based on the documentation from the Taisho and the early Showa period, Edo Miso was brought back to life again after 70 years of absence. Equal amount of steamed soybeans and koji are used to produce Edo Miso through an authentic Edo Miso production method. Edo Miso is fermented for just short period of two weeks. Moderate saltiness and sweetness, subdued miso smell, and the refreshing taste are the characteristics of Edo Miso. Edo Miso is a perfect match to any genres of cuisines.